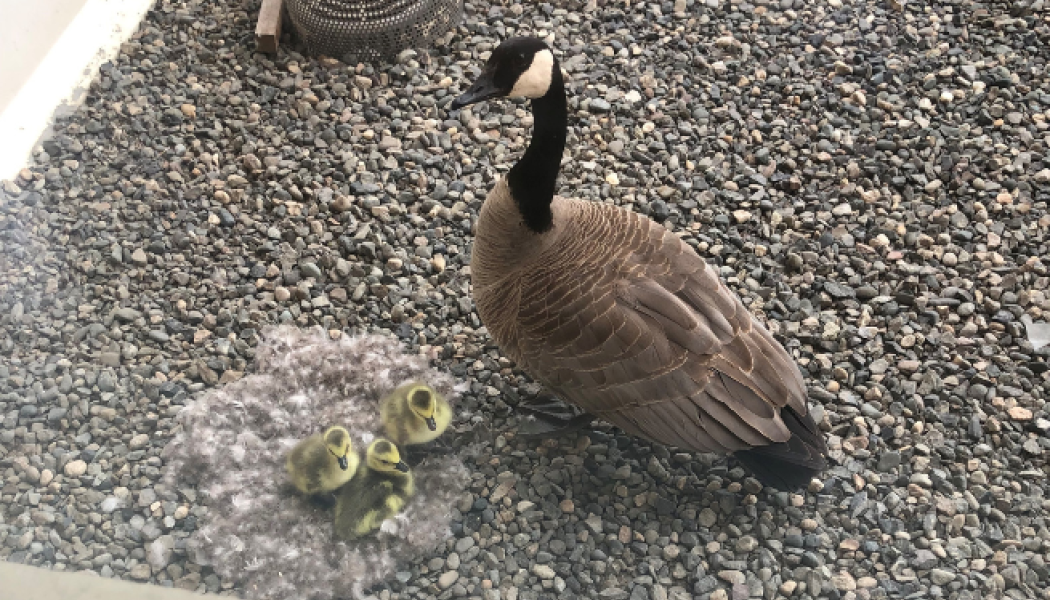 A mother goose who hatched three goslings outside the Royal Inland Hospital labour and delivery room window needed a lot of human help to make it safely to the South Thompson River in Kamloops Monday and she wasn’t afraid to take it.

The labour and delivery staff had been keeping close watch via a baby monitor at the nursing station leading up to this point. The goslings hatched Sunday morning and on Monday before noon, took a harrowing leap from the third-storey roof, two of them landing in a walled enclosure.

Labour and delivery room nurse Dara Johnson and RIH facility maintenance crew members herded the goslings into a box to lift them out, reunited them with their mother. 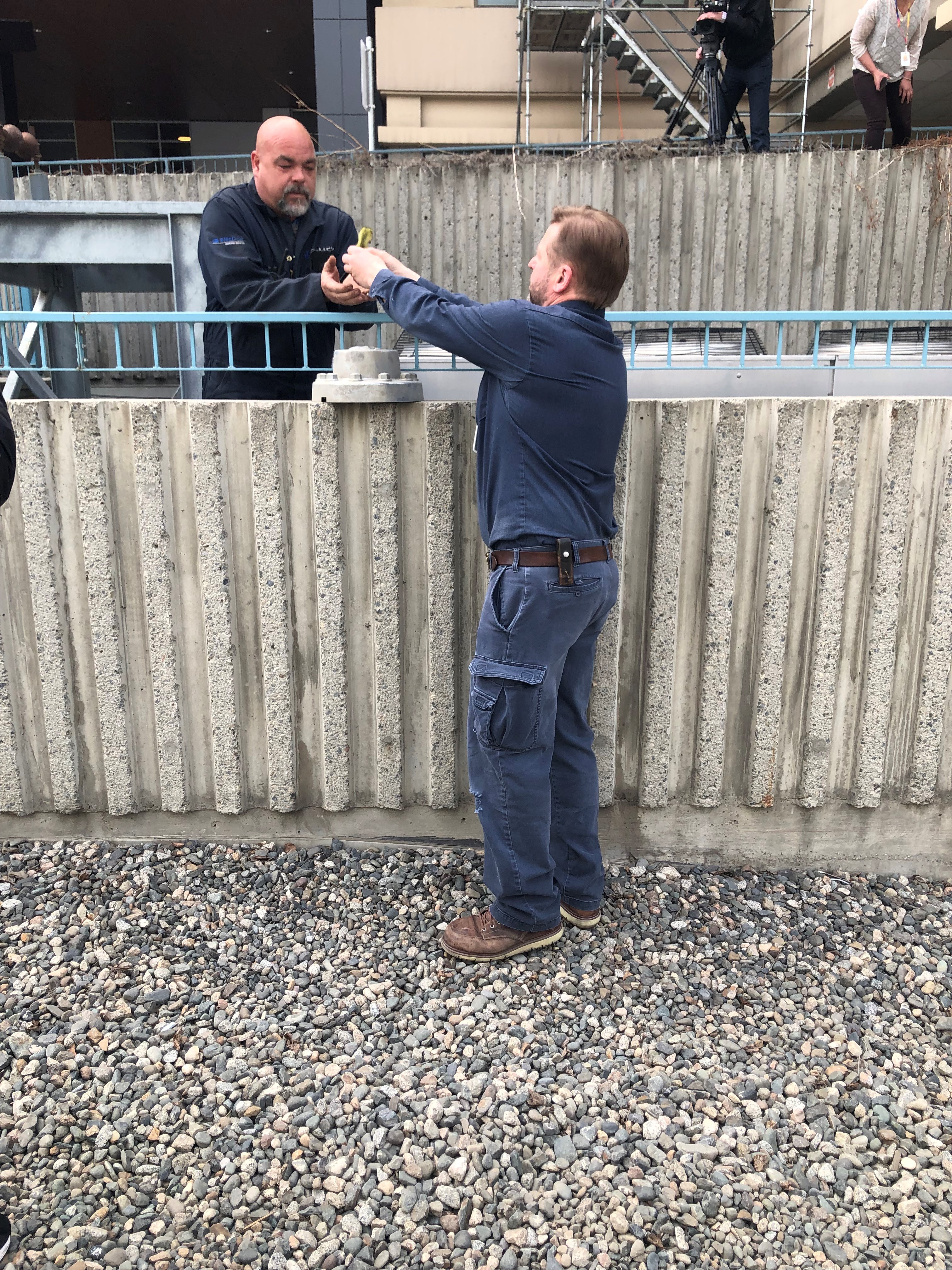 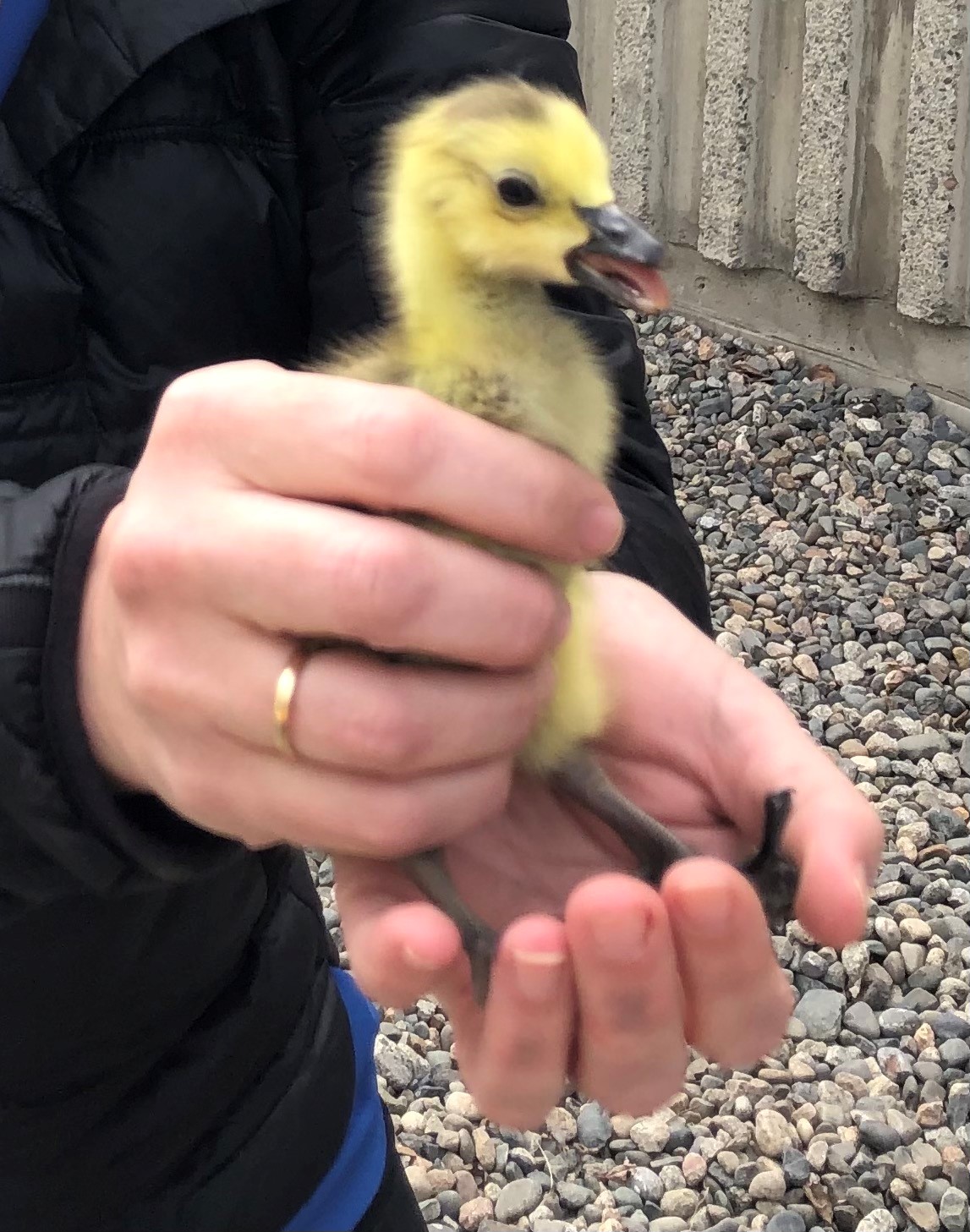 Mother and babies waddled up the RIH back exit, escorted by the maintenance and labour and delivery team members. They settled on a grassy bank, seemingly headed to a nearby creek. 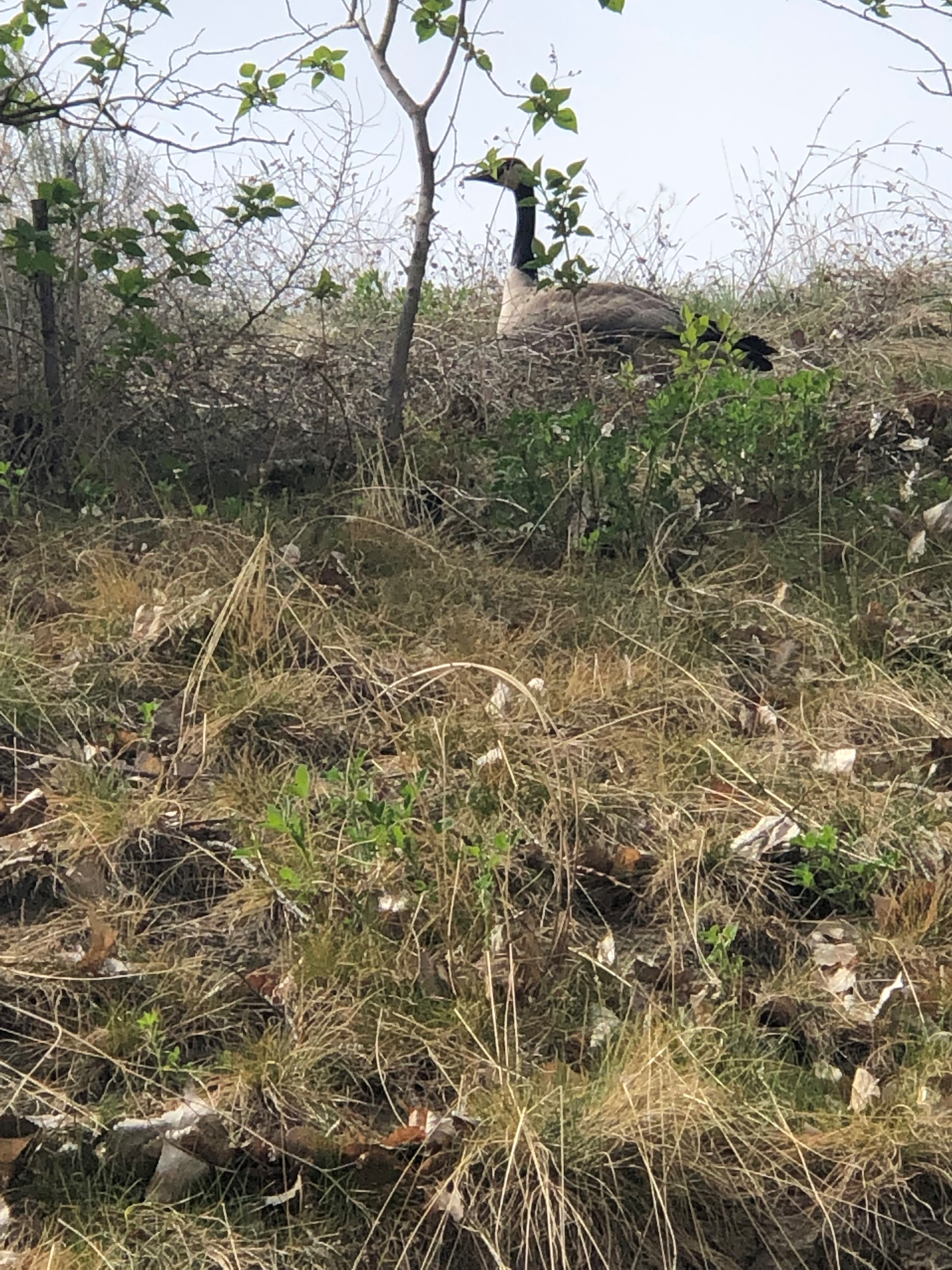 Unfortunately, the family stayed on the bank until about 4:30 and then walked north to a busy Kamloops street. Mother goose pecked persistently at the glass door of a the ahhYaY Wellness  Café when passersby tried to stop her from going into traffic. The owner let her in and she took her babies into a glassed-in area and settled down. 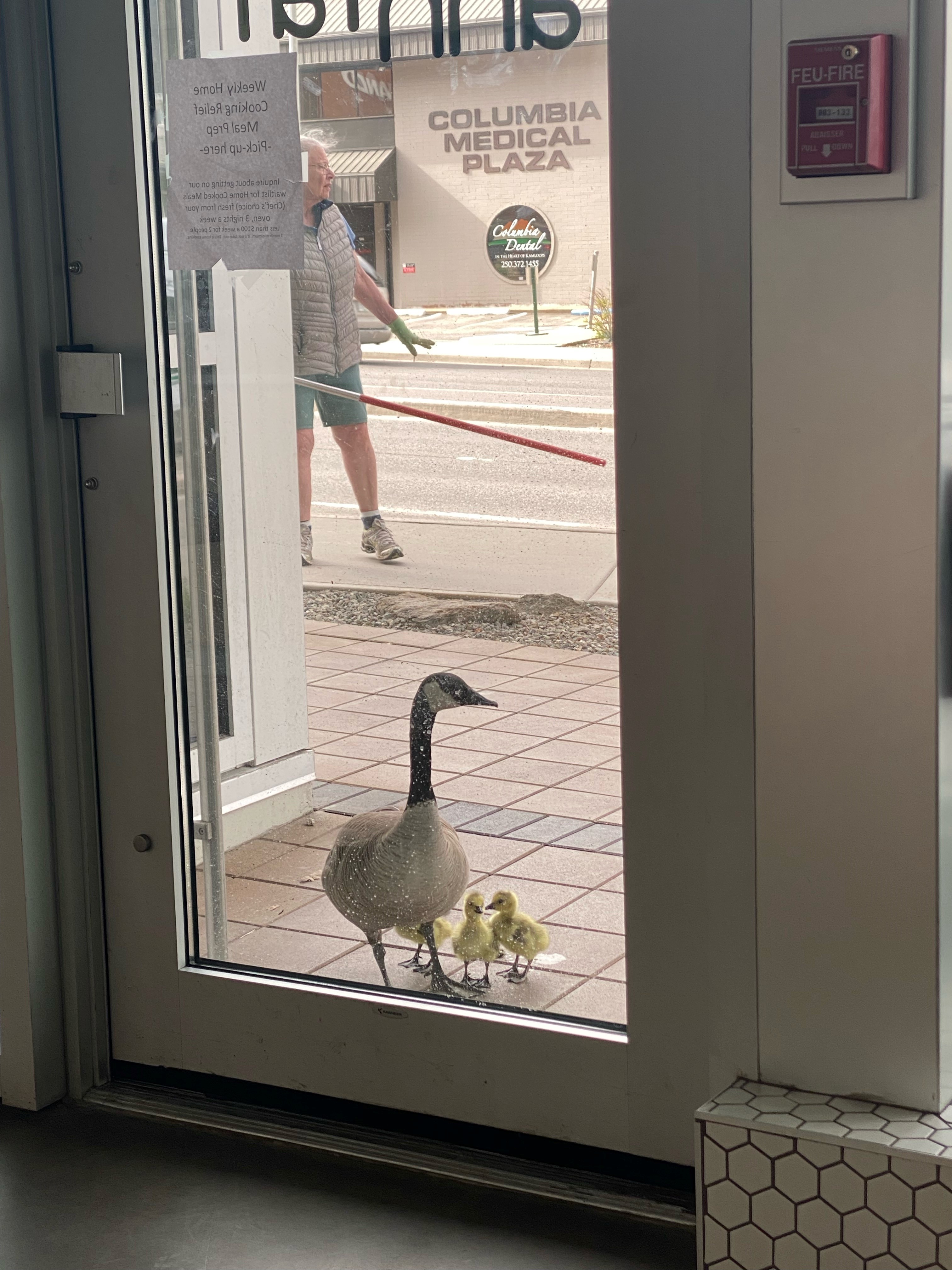 Enter, Kamloops Community Services and Kamloops Fire and Rescue. Firefighter Carson Schreiner said, “This is a first, never had to respond to a goose before.” After some head scratching, a dog kennel was produced, mother goose walked into it with her babies. A blanket over the kennel settled her down.

The crew drove her nine blocks to the riverbank, opened the kennel and out mother walked with goslings in tow. She took them into river, stopped once to turn back and honk a thank you at her rescuers and away they swam. 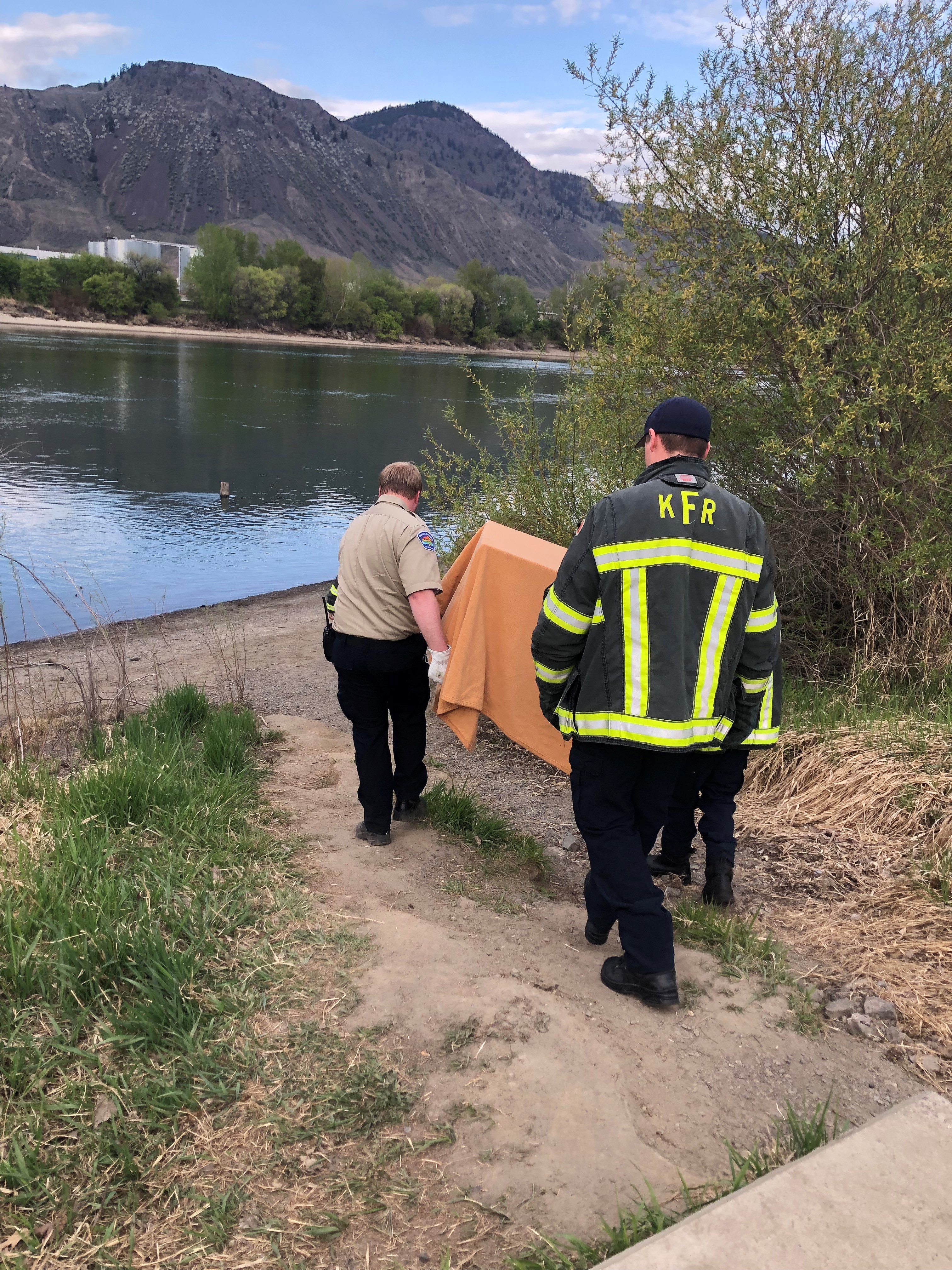 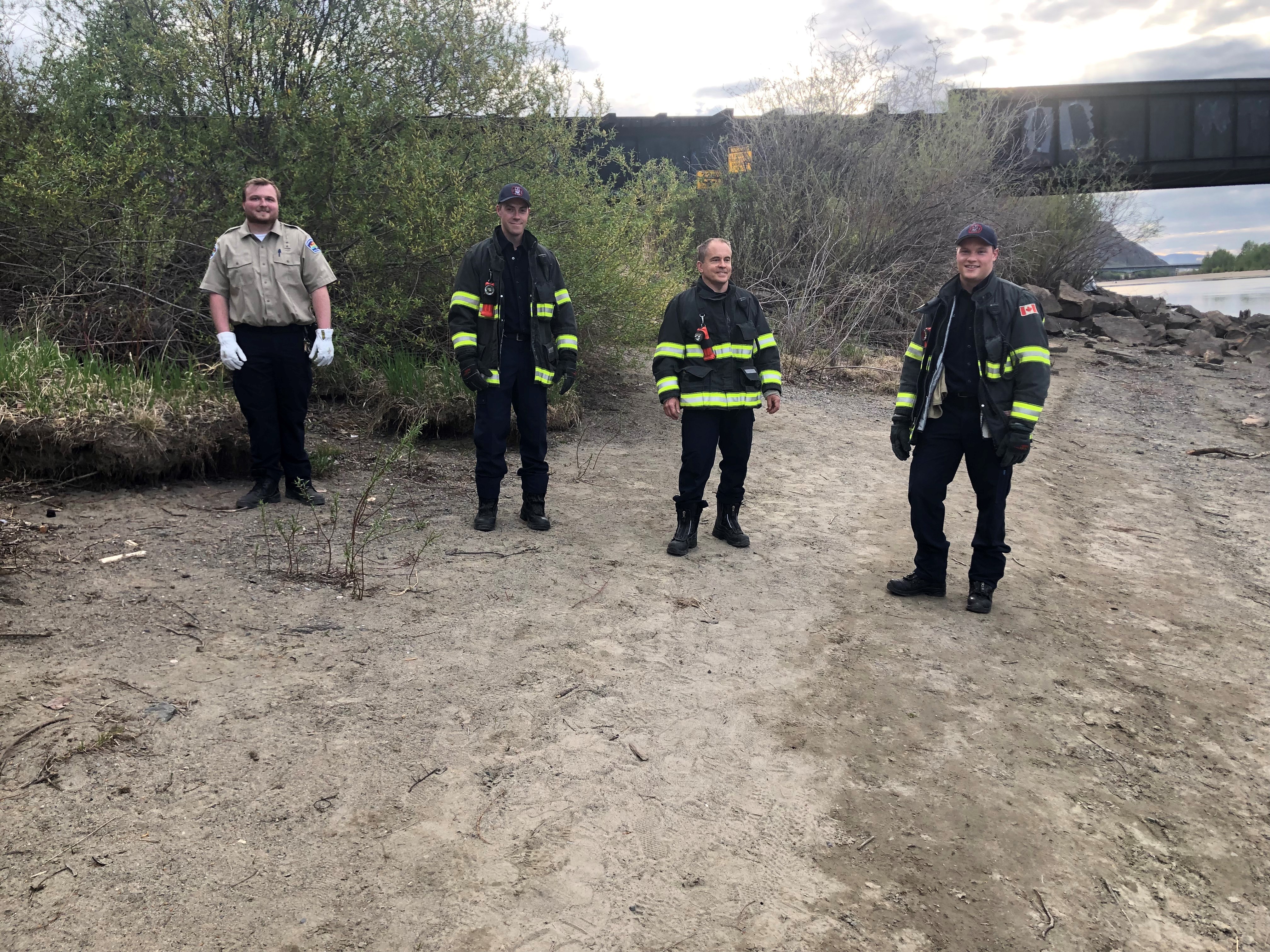 Back at the ahhYay Café, a full disinfecting took place, although the goose was amazingly tidy for a goose.