Sorry, you need to enable JavaScript to visit this website.
Skip to main content
Share Your Feedback
Alerts
0
No Alerts
Explore this page
Board Structure & Function Board of Directors – Meeting schedule Board Meeting Materials Board Committees Board of Directors - Profiles

Meet Interior Health’s Board of Directors. View meeting agendas and packages for upcoming meetings, and approved minutes for past meetings.

The Provincial Government of British Columbia, through the Ministry of Health, sets province-wide goals, standards and performance agreements for delivery of health care by health authorities in B.C., including Interior Health. Our board of directors is responsible for setting Interior Health’s Vision, Mission and Values, and the strategic direction of the organization.

If you have questions about our board, contact the Board Chair by email.

Our Board is a fully-functioning governing body made up of nine members from communities across the region. Their role (established through bylaws) is to make decisions that meet the region’s health needs.

Board members are appointed through the provincial government's Board Resourcing and Development Office. The current Chair of the Board is Dr. Doug Cochrane, who was appointed in September 2017.

The Interior Health Board of Directors is made up of members from communities across the southern Interior region. Directors are appointed through the provincial government's Board Resourcing and Development Office. The current Chair of the Board is Doug Cochrane, who was appointed in September 2017.

Functions of the Board of Directors include:

Board of Directors – Meeting schedule

IH’s Board of Directors holds public board meetings throughout the year. You’re welcome to attend these events. We’ve added virtual board meetings to make it easier for people across the region to join. Stay connected through IH’s social media channels: Facebook, LinkedIn, Twitter, Instagram, YouTube.

Visit the Board Meeting Materials section on this page to view agendas, meeting packages and approved minutes for upcoming and past Board meetings.

Members of the public are invited to attend and participate in public Board meetings.

If you would like to find out more about presenting at an upcoming meeting or providing written questions to the Board, contact the Board Chair by email.

View agendas, meeting packages and approved minutes for upcoming and past Board meetings. Minutes will be posted once approved.

There are five Board-created committees that focus on specific issues and provide the Board with recommendations to help with its decisions. Committees are made up of at least three Board directors, plus non-voting membership consisting of members of the Board and executive.

Each committee has terms of reference outlining its authority and responsibility.

This committee is responsible to the Board for all of Interior Health’s financial matters, including:

This committee provides a focus on both governance and human resources, enhancing Interior Health’s performance by:

This committee assists the Board in fulfilling its responsibility to ensure excellent quality of patient, client and resident care throughout the health authority by:

This committee provides a focus on strategic priorities that will enhance Interior Health's performance by:

This committee assists the Board in supporting management-led external and internal communications responsibilities and supports Board-specific goals and objectives with respect to stakeholder relations.

Board of Directors - Profiles 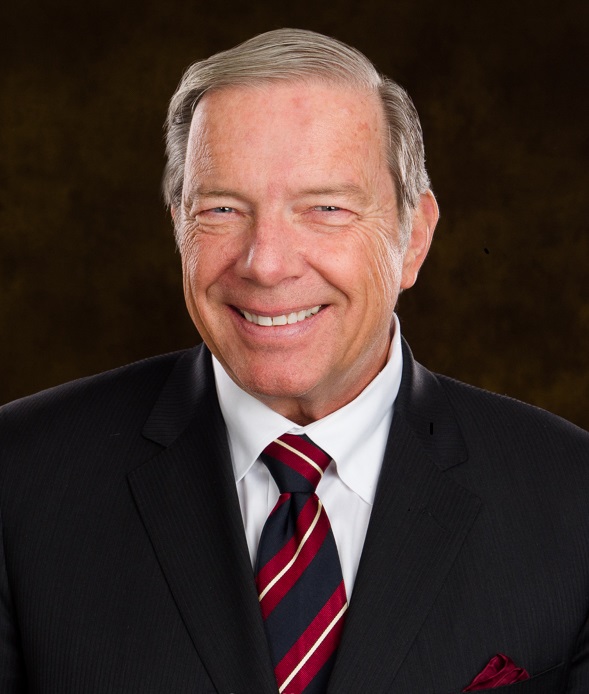 Dr. Cochrane retired from clinical practice in 2017 after a three-decade career as a pediatric neurosurgeon at BC Children’s Hospital and Sunny Hill Health Centre for Children in Vancouver and the Hospital for Sick Children (Sick Kids) in Toronto. During that time, he served in leadership roles supporting BC Children’s Hospital, the Children’s and Women’s Health Centre, the Provincial Health Services Authority and Sick Kids. He also chaired the BC Patient Safety Task Force from its inception in 2003 to the creation of the BC Patient Safety & Quality Council (BCPSQC), he served as Provincial Patient Safety & Quality Officer from 2008 to 2019 and was a past Chair of the Canadian Patient Safety Institute.

Currently, Dr. Cochrane serves on the Board of the BC Academic Health Sciences Network and Canuck Place Children’s Hospice and co-chairs the BC Medical Quality Initiative.

A committed teacher and mentor, Dr. Cochrane was appointed Professor Emeritus by the University of British Columbia’s Department of Surgery in 2016. He continues to serve as Faculty for the BCPSQC Quality Academy and Clinician Quality Academy programs, as well as the Sauder Physician Leadership program at UBC. 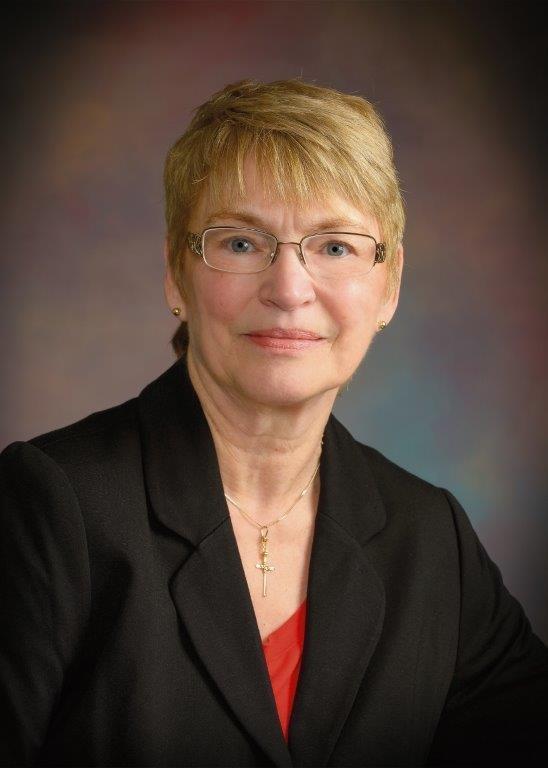 Karen Hamling served four terms as the mayor of Nakusp. Hamling retired after many years at the Arrow Lakes Hospital, most of which were spent as the Health Records Supervisor. Karen previously owned two businesses and is an active member in the community.

Ms. Hamling received an Honourary Diploma in Community Leadership from Selkirk College in 2017 and is a recipient of the Diamond Jubilee Medal for Mayoral roll. 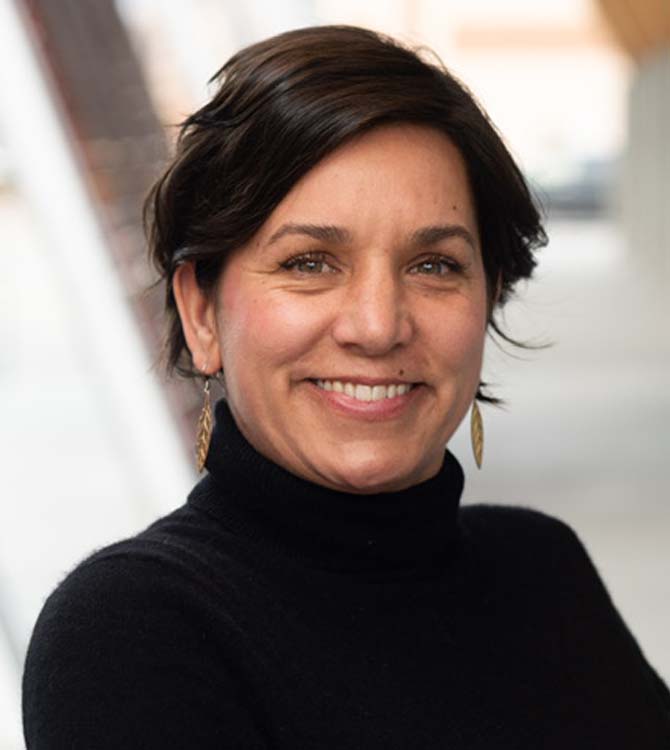 Spring Hawes is an entrepreneur with extensive experience as a business owner and employer. She currently owns and manages several commercial and residential properties in the Columbia Valley, in addition to being a business partner at Evolve Fine Used Furniture.

Ms. Hawes has served as councillor for the District of Invermere, participating in and leading multiple committees and working groups. She was also the president of Access in the Community for Equality, an accessibility advocacy group.

Ms. Hawes is currently pursuing a Bachelor of Arts in English at Athabasca University. She is involved in the community as an advocate for the equality of women, people with disabilities, and the full inclusion of all marginalized people. 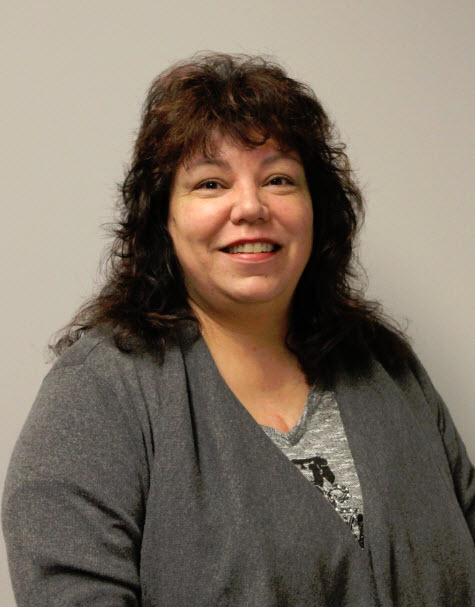 Diane Jules has been President of the Sexqéltkemc Ltd. Partnership since 2010. Previously, she served four terms as an elected Band Councillor for Adams Lake Indian Band and as President of Adams Lake Band Development Corporation.

Ms. Jules has served as Vice-President of the Secwépemc Child and Family Service Board and was an integral part of the First Nation Education Council for School Districts 73 and 83 for almost 10 years. She holds her Business Certificate from Cariboo College.

Ms. Jules was appointed to the Board of Directors in January of 2015. 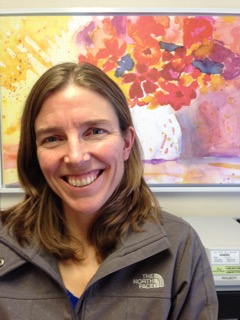 Dr. Selena Lawrie is a family physician passionate about working with people, communities and organizations to improve individual and population health and wellness. Her clinical work has included over two decades of broad scope family medicine from rural to urban, in-hospital, maternity, indigenous and community care.

Dr. Lawrie was the founding site director of the University of British Columbia Family Practice Residency Training Program in Kamloops, as well as the founder and former President of the Supporting Team Excellence with Patients Society. She was also instrumental in the development of the UBC Family Practice Learning Centre in Kamloops and a member of the BC Physician Health Program steering committee.

Dr. Lawrie remains the site director of the UBC Family Practice Residency Program in Kamloops, and is a current member of the BC Primary and Community Care Research Advisory Committee.

Dr. Lawrie was appointed to the Board of Directors in September of 2017. 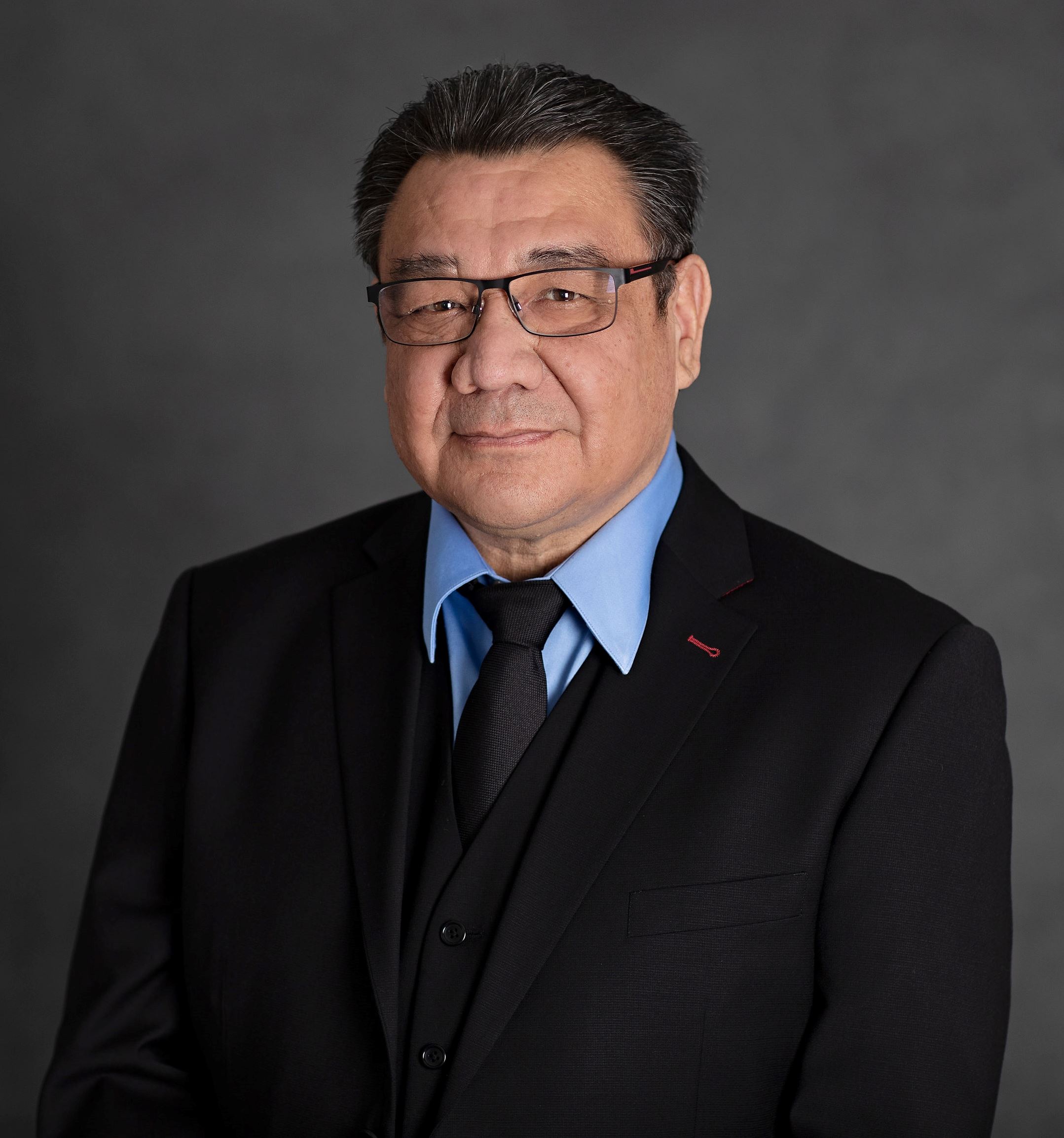 Allan Louis serves as a councillor of the Okanagan Indian Band (OKIB), maintaining a focus on ideas and initiatives meant to benefit the membership. Formerly, he served as co-chair of the Aboriginal Education Committee for School District 22 and member of the First Nations Health Council.

Mr. Louis is currently appointed to the operating board for OKIB group of companies responsible for management LP and forestry LP and is appointed to the Assembly of First Nations on the Chiefs Committee for Health which works with the Federal government to improve health services for First Nations across Canada.

Mr. Louis is the owner of Maximum One Venture and previously worked in managerial and advisory roles with Vernon Travel Lodge, the Casino of the Rockies and Cranbrook Dodge. Cindy Popescul was a Tax Partner for BDO Canada LLP in Cranbrook. Ms. Popescul also was a Manager, Tax and Accounting for PWC in Kamloops. Active in her community, she was a Director for the Premier’s Women’s Economic Council and the Southern Interior Economic Development Trust.

Ms. Popescul holds a Bachelor of Commerce in Accounting from the University of Saskatchewan. She is also a Chartered Professional Accountant from the Canadian Institute of Chartered Accountants. Ms. Popescul was appointed to the Board on May 11, 2021. 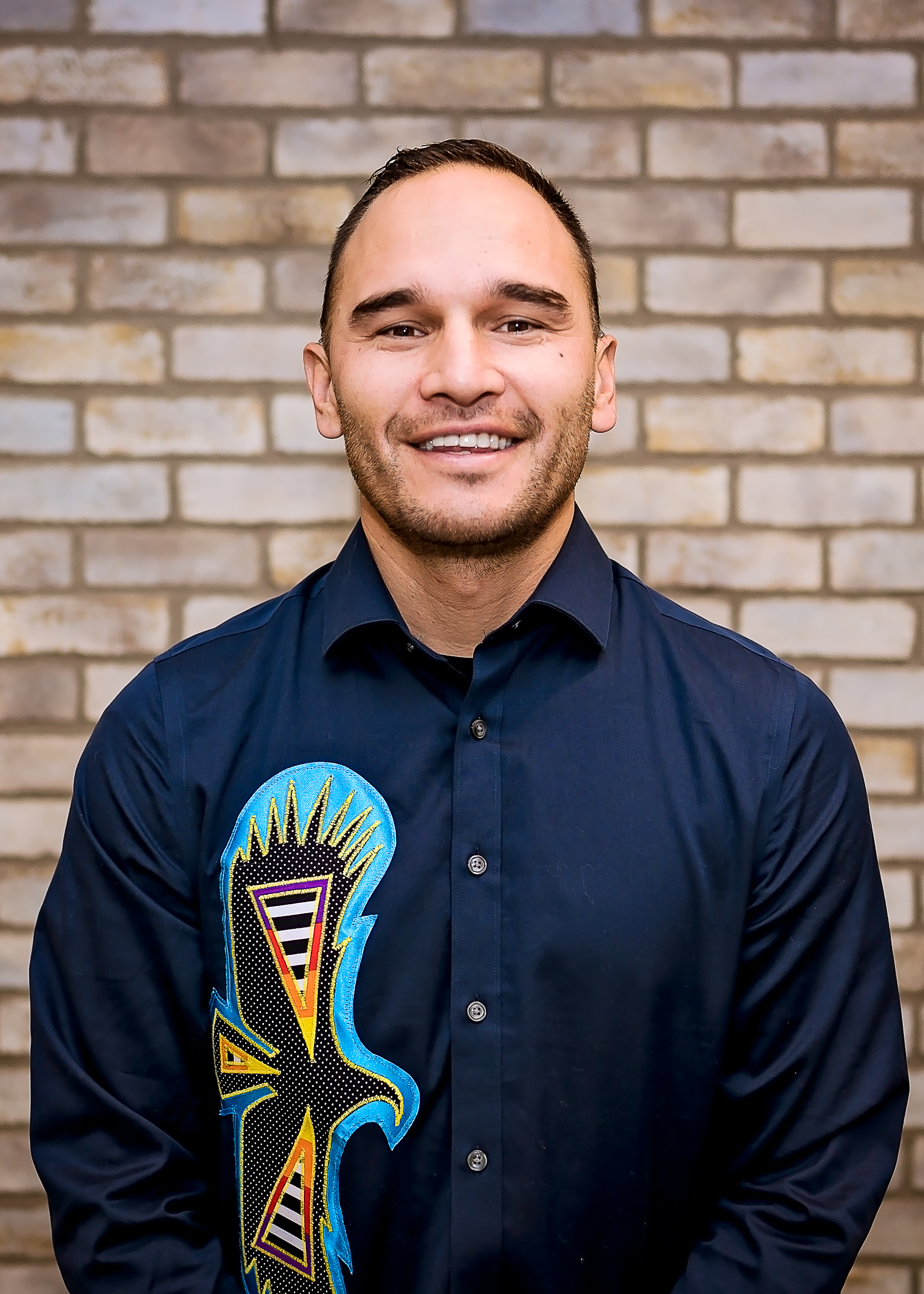 In his previous work experience, Mr. Sellars worked as a Wildland Firefighter for the Ministry of Forests, Lands and Natural Resource Operations before returning to his community to assume the position of Special Project Coordinator in the WLFN Economic Development Department. During this time, he was responsible for new business initiatives flowing from Impact Benefit Agreements, engagement with proponents in the traditional territory and community consultation for major WLFN projects.

While Chief in 2020, Mr. Sellars oversaw the negotiation of British Columbia’s first government-to-government agreement under section 119 of the BC Cannabis Control and Licensing Act.  This watershed agreement gave Williams Lake First Nation specific authority in relation to cannabis retail, and facilitated the development of Sugar Cane Cannabis: B.C.’s first farm-gate cannabis facility. Mr. Sellars is a Director and President of WLFN’s two cannabis entities, Sugar Cane Cannabis and Unity Cannabis.  Unity Cannabis, which is the retail arm of WLFN’s cannabis operations, has operational stores in Williams Lake, Merritt and Penticton, with another outlet in Lac La Hache currently in the licensing phase.

Mr. Sellars  is also a published author of “Dipnetting with Dad,” which won a Moonbeam Children’s Book Award, and was shortlisted for the Chocolate Lily, Shining Willow, and Ontario Library Association awards. His second book, “Hockey with Dad,” released in the Fall of 2021. Willie enjoys his family time with his three kids, playing hockey with the Williams Lake Stampeders, attending community events at WLFN, dipnetting, and playing fastball. 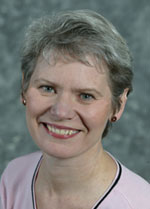 Cindy Stewart is the retired president of the Health Sciences Association of B.C. She was vice-president of the BC Federation of Labour and a member of the executive board of the National Union of Public and General Employees.

Ms. Stewart served as one of two labour representatives appointed to the joint advisory committee to the arbitration bureau, and was a member of an adjudication committee for one of Social Sciences and Humanities Research Council’s three 1999 strategic programs: Society, Culture and the Health of Canadians. She holds a bachelor of science in rehabilitation medicine from the University of British Columbia and has worked as physiotherapist.
Ms. Stewart was appointed to the Board of Directors in September of 2017.