Getting help to quit tobacco smoking 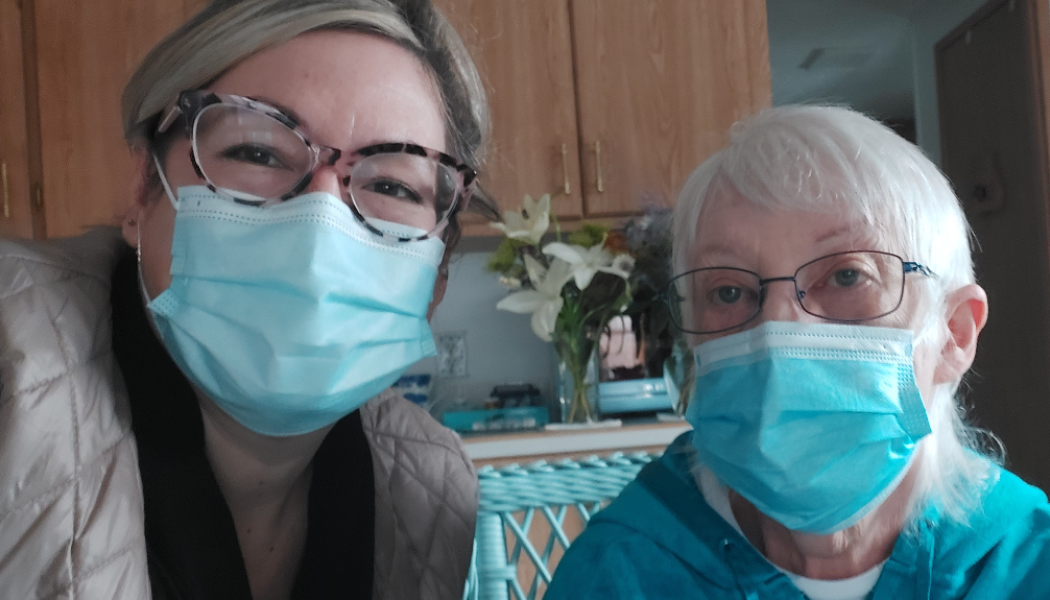 Quitting smoking can add years to your life. It improves your breathing, heart rate, blood pressure, taste and smell, and has financial benefits as well.

However, as a clinician, I often remind myself that it is not my responsibility to make people quit or reduce their tobacco and nicotine use. It is my job to support individuals at all stages to achieve their goals, and for those who may not be ready for change, to let them know that I am there for them if and when they change their mind.

A great example is Donna, a client I had the pleasure of meeting in 2017. I was working as a primary care respiratory therapist when she first walked into our office for a visit related to her breathing. I clearly remember her standing in front of me, a petite woman with a serious look on her face.

She said “I know my doctor sent me to you to quit smoking and I am not going to. If you start talking to me about quitting smoking, I will get up and walk out.” Then she stared at me in silence.

It was not the first time I have had someone say they do not want to quit smoking. I thought to myself, ‘this woman has clearly communicated what she wants’.

Fortunately at that point in my career I had some extra tobacco cessation training under my belt and I knew I could not force someone to quit. Instead, I needed to communicate that I would respect her wishes, but needed to ask some questions.

“I hear what you are saying and want to respect your request. As part of all of my visits, I check in with clients about tobacco and nicotine use. Is it okay if I ask you where things are at with your tobacco use during our future visits? If you tell me you don’t want to talk about it then we won’t,” I said respectfully.

Donna looked at me for a moment, then nodded. That was the beginning of her tobacco cessation story.

When I first met Donna she could only walk from her car to the front of the grocery store. She would then sit and catch her breath before getting a cart. She leaned on the cart while walking, but could only make it down a couple of aisles before having to leave the store.

A month later, during our second visit, she said she hadn’t seen much difference in her breathing. Once again she firmly declined to discuss her tobacco use and so we moved on to other topics.

Over the next few months this pattern repeated but we were starting to get to know one another. I started to see the kind, funny, fiercely independent woman she was. When I asked about her tobacco use she would laugh and roll her eyes at me and say “Nope, I’m still smoking and don’t need any help”.

Then one day she came in and immediately stated “I have nicotine replacement patches and I’m thinking about quitting smoking.”

I tried to keep a straight face, but ended up smiling and asked if there was any way I could help. She had some questions about the patches. I asked if she had obtained them from the BC Smoking Cessation Program, which provides three months of free nicotine replacement (patches, gum or lozenges) through pharmacies. I asked permission to share some additional information and she agreed. I told her about the provincial QuitNow program.

It took time – about seven months – for her to move through the stages of change, but she achieved her goal and eventually quit.

Between the work we did with her respiratory medications, the pulmonary rehabilitation class she attended, and ultimately with her quitting smoking, she was eventually able to walk from her car, all through the grocery store, and then back to her car again. She was still short of breath, but it was a huge difference and significantly improved her quality of life.

When I asked Donna recently if I could share her story she agreed right away because she recognized it may help someone else. “This is how people decide to quit sometimes. They hear how someone else did it and that you need the right people and the right support,” she added.

We continue to see each other and Donna remains tobacco-free six years later.

Check out these resources to help quit smoking

Jacqueline Turvey is a primary care respiratory therapist living in Kamloops. She is the coordinator of the Interior Health Integrated Primary and Community Care Program.

Naloxone is a widely available medication that can reverse an opioid overdose temporarily. It has been a vital tool in combatting the toxic drug…

During the colder months it’s important to stay active and get fresh air. It’s also important to use caution in snowy or icy conditions to prevent…

The holiday season includes many cherished moments like festive light displays, classic carols on the radio, and visits with friends and family.…

The festive season is kicking into high gear. You're probably pulling out the ugly Christmas sweaters and preparing for holiday parties. …

As the holidays approach, many will be coming together to celebrate with family and friends. Celebrations often focus on food and sometimes…