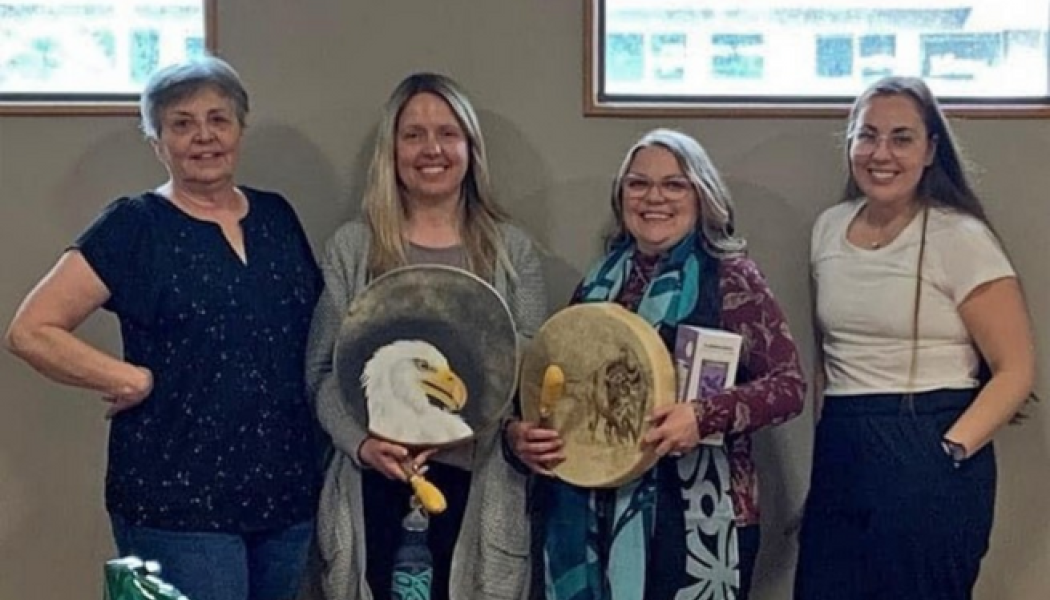 Over the past decade, Shawna Biron has held positions both within Interior Health (IH) and the First Nations Health Authority (FNHA). While her employers may have shifted throughout her career, Shawna’s relationship with the Ktunaxa Nation has remained constant.

She has served the Ktunaxa Nation for 13 years and considers many within the Nation like family.

Shawna holds two master’s degrees: one in professional communications with an intercultural focus, and the second in counselling psychology. She is currently a Ph.D. candidate working on a dissertation on Indigenous wellness.

This year, Shawna became Interior Health’s first Aboriginal Health Care Advocate (AHCA). She began work with Ktunaxa Nation on April 1, 2022. Because of her existing relationships and work with IH, FNHA and Ktunaxa, Shawna’s move into this new role has felt like a natural progression.

Recruitment is underway for additional advocates to support relationships with the seven Interior Region First Nations and Métis Nation BC. These new positions were created in response to the In Plain Sight report and the identified need for dedicated resources to address systemic Indigenous-specific racism that Indigenous people face when accessing health care.

Each Nation will determine how the role is implemented within their communities. Ktunaxa chose to create a contracted position, which Shawna says “gives the work enough autonomy to represent the Nation’s interests and to also be a partner and collaborate with IH, while challenging them on ideology and the current culture of services.”

Shawna sits at all of the local operations group meetings to work on reducing system barriers, streamlining processes, and improving policies and protocols. Work currently underway includes a refresh of the Ktunaxa/IH Letter of Understanding (LOU), implementing virtual and in-person psychiatry services, and building strong, equal tripartite partnerships with IH and FNHA at the Primary Care Network (PCN) in the East Kootenay region. A new on-call process has also been implemented to triage issues in real time.

Ktunaxa was the first Nation to sign a Letter of Understanding with Interior Health. Shawna, with her partners, is currently working on a new post-colonial agreement to replace it.

This is a really different approach, way beyond just being invited to the decision-making table. It’s about the way we want to relate to Interior Health and what a respectful relationship looks like from our perspective.

For example, Shawna recently played a key role in helping expand access to psychiatry in the region. With only two psychiatrists currently practicing in the East Kootenay, there was a gap in available services. After a series of working group and advocacy group meetings, IH helped Ktunaxa find an additional psychiatrist to provide culturally safe care. He is now providing outreach and virtual psychiatry through the Ktunaxa clinic.

“This role actively supported the new success of dedicated Indigenous psychiatric services,” says Shawna. “There are already service gaps such as this being addressed, just in the last four months.”

Another piece of the work Shawna oversees is the Primary Care Network management for the Nation. As one of the tripartite partners in the network, one of the priorities is weaving cultural safety throughout and reducing barriers during implementation.

Ktunaxa Nation is addressing systemic racism in primary care at the governance and operations level—and at the hiring level. Every new Primary Care Network position within the Ktunaxa takes the Ktunaxa Nation Cultural Framework Education, so staff are oriented right from the start into the Ktunaxa Nation cultural framework and service principles.

“I’m unique in my position; I work direct service and I work at a leadership/management level, I get to experience and interact with the clients and service providers and see the barriers they’re experiencing,” she explains. “Part of my role is to bring those barriers forward to a place where there is decision-making authority and dismantle those barriers and systems of racism that are inherently and unconsciously embedded in the health-care system.”

Shawna is also a connection between leadership and what’s happening on the ground, informing IH and FNHA so they can align and integrate services and resolve issues being experienced by patients, clients and staff—between on-reserve, off-reserve, and between the different funders and work silos.

Ktunaxa and Interior Health have also developed a local response to concerns around racism and discrimination experiences in health care, an idea that came out of the Ktunaxa/IH LOU Table. If someone is accessing health care within IH and experiences issues or barriers, a new on-call process fills the gap when Aboriginal Patient Navigator (APN) services are not available. The concern first goes to on-call Ktunaxa leadership for response and triage, then advances to the appropriate individuals at IH for preventative action and response. This allows the team to respond immediately, mitigate and remedy any issues. This approach reduces harms and saves work in the long run.